A public seminar series for any person, any subject, anywhere. 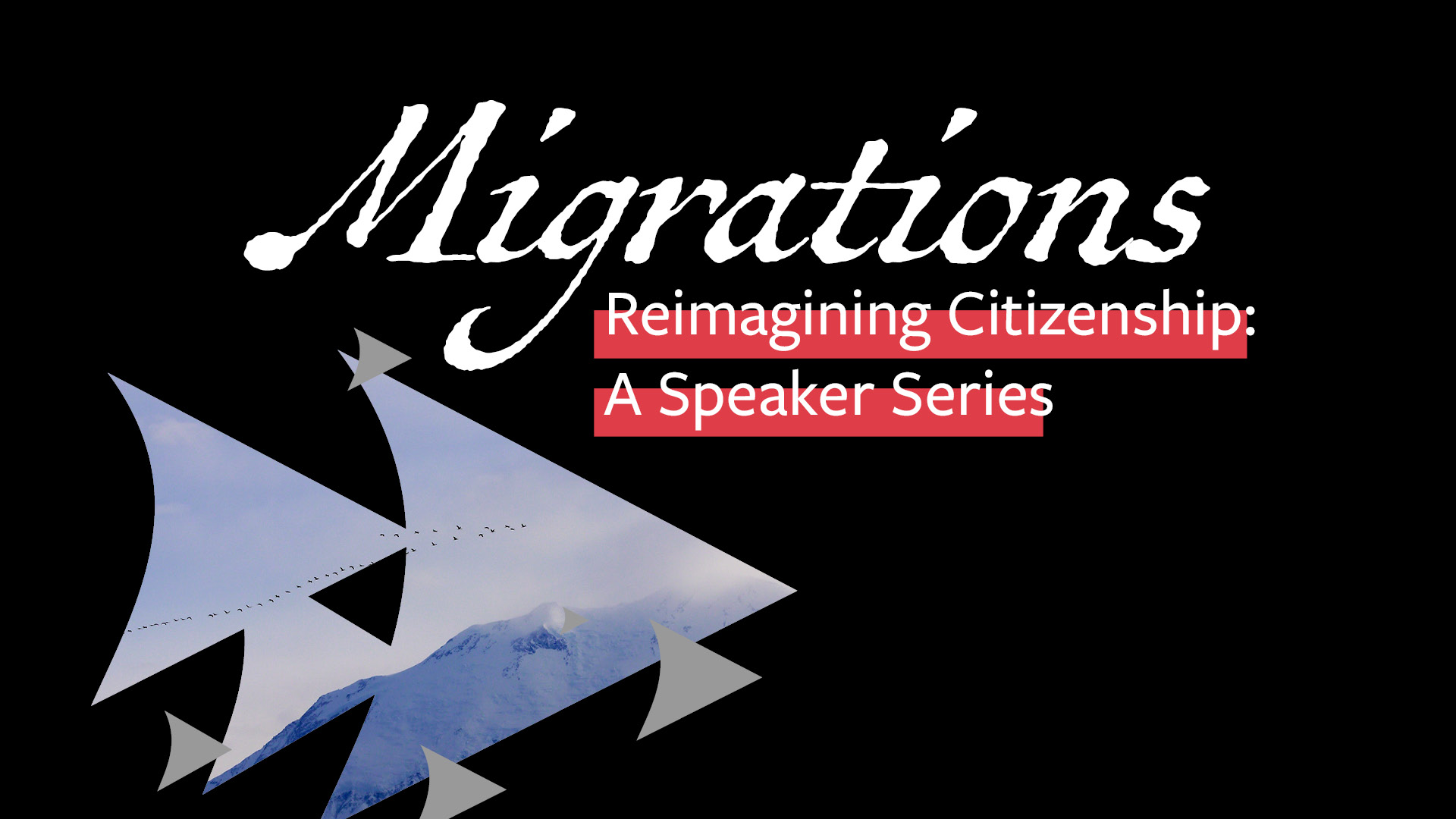 Throughout the semester, we are hosting scholars, writers, and artists whose work interrogates the limits and possibilities of legal, social, and cultural belonging. Through book talks, roundtables, and presentations, we consider how multidisciplinary, multi-species approaches to the study of migration open up new understandings of citizenship, borders, and social transformation.

Prospects for Immigration Reform during the Biden Administration

BirdCast: Perspectives on Migration Monitoring in the Era of Big Data

Birds represent dynamic and global communities, and recent trends in methods and analyses showcase what may be the future of bird migration research and conservation to study birds' complex roles in terrestrial, aerial, and aquatic systems. In the age of big data and observation, the potential of what remains for us to learn is inspiring. Researcher Andrew Farnsworth will join Amanda Rodewald in conversation about how we can use data collected by citizen scientists and the U.S. weather surveillance radar network to monitor and predict bird migration. This work is part of BirdCast, a collaborative project that leverages the expertise of computer scientists and ornithologists to harness the power of big data to study movements of birds.

In Genetic Afterlives: Black Jewish Indigeneity in South Africa, Noah Tamarkin considers new ways to think about belonging that can acknowledge the importance of historical and sacred ties to land without valorizing autochthony, borders, or other technologies of exclusion.

Tamarkin will join a panel of anthropology professors from around the country to discuss his recently published book, which analyzes the Lemba people of South Africa and illustrates how they have given their own meanings to the results of DNA tests and employed them to manage competing claims of Jewish ethnic and religious identity, African indigeneity, and South African citizenship.

Pursuing Citizenship in the Enforcement Era: In Conversation with Ming Hsu Chen

Pursuing Citizenship in the Enforcement Era by Ming Hsu Chen provides readers with the everyday perspectives of immigrants on what it is like to try to integrate into American society during a time when immigration policy is focused on enforcement and exclusion. The law says that everyone who is not a citizen is an alien, but the social reality is more complicated. Chen will join Migrations taskforce co-chair Shannon Gleeson in conversation to discuss the citizen/alien binary, theories of citizenship, and how to construct pathways to citizenship that enhance both formal and substantive equality of immigrants.

The Undocumented Americans: In Conversation with Karla Cornejo Villavicencio

At a time when the fabled American Dream is turning into a nightmare for so many, Karla Cornejo Villavicencio's The Undocumented Americans is an incandescent and fearless indictment against the dark systemic forces of racism and immigration injustice. Her works seek to look closely at the individuals experiencing life as undocumented people in the United States in a book that is part memoir, part journalism, part testimonial. She will join us to speak about her book, the stories she has heard firsthand, and her own experiences as an undocumented writer.

In our increasingly walled world, where anti-immigrant sentiment is broadly increasing, can the idea of citizenship be recuperated for more emancipatory and inclusive democratic agendas? Join us in a conversation with researchers from the University of California, San Diego, as they discuss their work on "citizenship culture" at the U.S.-Mexico border and the network of civic spaces they have co-developed with border communities to cultivate regional and global solidarities.