A Bill of Rights for Migrants

In a world on the move, what can international lawyers do to safeguard the rights of all migrants?

Ian Kysel, visiting assistant clinical professor teaching in Cornell Law School's Asylum and Convention Against Torture Appellate Clinic, brought the International Migrants’ Bill of Rights (IMBR) initiative to Cornell in July 2019, continuing a project that began at Georgetown University in 2008. The IMBR is both a global collaboration supporting human rights research and advocacy and a nonbinding declaration of basic human rights for people who cross borders for any reason.

The project takes a new approach to expanding protections for migrants. Kysel and Georgetown colleague T. Alexander Aleinikoff recognized that existing treaty law already provides a basic level of rights protection, but is often challenged by states and ignored in practice. So Kysel and a team of law students—which soon expanded beyond Georgetown Law to include faculty and law students across institutions and borders—drafted the IMBR as a comprehensive “soft-law” tool designed to be informally adopted by nation-states and international or regional organizations. Key IMBR principles include:

The bill of rights is accompanied by legal commentaries identifying the sources for each provision in existing law and practice. The IMBR is not a legally binding document, although many of the human rights it restates are drawn from widely-ratified treaties. It is intended to focus public attention on migrants' entitlements in the international sphere.

Kysel says, "For me, the IMBR is a constant reminder of the power of student-led activism and research to make an impact."

Evidence of this impact came at the end of 2019, when the human rights arm of the Organization of American States—the world's oldest regional organization, uniting all 35 independent nations of the Americas—adopted a version of the IMBR. The 80 principles in the resolution of the Inter-American Commission on Human Rights, called the Inter-American Principles on the Human Rights of all Migrants, Refugees, Stateless Persons, and Victims of Human Trafficking, arguably represent the most comprehensive articulation of the rights of all migrants ever adopted by an international body.

By carving out a common language for advocacy, the IMBR has become a tool that can be incorporated at the national level through amicus briefs, litigation, and public comments on changes in regulations or legislation. An important next step for the project is building broader partnerships with civil society, states, and international organizations to expand adoption of the IMBR's soft-law framework.

While every state may not be compelled by these arguments, Kysel finds potential for growth among states that are. In these places, the IMBR project promotes practices consistent with existing law, strengthening recognition and solidification of international legal rights.

"I think being in an academic environment and having the opportunity to collaborate with Cornell's Migrations initiative is vital," Kysel says, "because it will allow us to work to expand the vocabulary that we use to talk about these kinds of protections."

A Database for Migrants' Rights

The IMBR team's legal research initially focused on articulating how different areas of law—such as human rights law, refugee law, and labor law—apply to all international migrants and refugees. In some locations, migrants are protected at an even higher level. The IMBR highlights these areas of progressive development to encourage nation-states to expand their view of the law and strengthen the worldwide architecture of protection. Now the team is at work on developing the first migrant rights database. The database will use fixed indicators to code and evaluate how effectively states are protecting migrants' rights and complying with international law.

The set of 65 indicators has been pilot tested by the World Bank's Global Knowledge Partnership on Migration and Development, with the first findings published in the journal International Migration. Kysel's team is working with funding from the Swiss Agency for Development and Cooperation to expand the coding to 35 cases.

"Our goal is to create a policy-relevant tool that can be implemented relatively quickly," says Kysel. "But nothing like this tool currently exists."

"The migrant rights database will be a vital baseline for evaluating how governance changes affect the protection of rights."

Kysel closely watches policy changes on the international level. The Global Compact on Refugees and Global Compact for Safe, Orderly, and Regular Migration were both endorsed by the United Nations General Assembly in December 2018. The two compacts are nonbinding but represent the most significant recent U.N. effort to promote more cohesive governance of migration and refugees. The United Nations also recently created a U.N. Network on Migration to coordinate implementation and promote data-driven migration policy and planning.

"As these initiatives continue to bring more harmony to the field, we think that the migrant rights database will be a vital baseline for evaluating how governance changes affect the protection of rights," Kysel says.

With support from the Migrations initiative, Kysel is launching a new research project focused on identifying pathways to legal status for migrants—particularly migrant children and migrants fleeing adversity—grounded in human rights law and standards. The U.N. Global Compact on Refugees and Global Compact for Migration prioritize expanding pathways to admission and status to address forced migration and promote safe, orderly, and regular migration. Developing clear guidance on how the human rights framework must serve as the basis for such pathways and clear prescriptions for policy will help ensure that the changes states implement strengthen the legal rights migrants enjoy in practice.

Kysel believes that one of the IMBR's key contributions is prompting conversations about how legal principles can accommodate new rights or norms, as changing conditions in the world push or pull more people across international borders.

Kysel and an international group of colleagues have just released a set of principles reminding states of their obligations to refugees and migrants during the coronavirus pandemic. More than 800 experts around the world signed on in April to support the statement.

"Recognizing the way that the new challenges can be met by complying with old frameworks is key," Kysel notes.

Kysel and his team treat asylum as a legal institution that provides protection to those with any basis for protection under international law. In this sense, asylum is not limited by the five grounds recognized in 1951 as part of the Geneva Convention Relating to the Status of Refugees—race, religion, nationality, membership in a particular social group, or political opinion—but also about a right to seek and enjoy new forms of protection, such as protection for victims of trafficking or for those displaced by global climate change.

Thinking about migrants' rights in a broad way is a prerequisite to creating legal and policy change that will provide effective protection to meet new challenges, according to Kysel.

"Some states can seem, in the present moment, almost allergic to rights."

There are states that have long been champions of migrants' rights at the international level, but the current nationalist, xenophobic political dynamics in a number of countries create new obstacles for protecting migrants' rights.

"The biggest challenge is always from states," he says. "We have to think about how to overcome misconceptions that a bill of rights would inevitably undermine sovereignty, create new rights to which states haven't consented, or even create a right to migrate."

"These are just some of the ways in which some states can seem, in the present moment, almost allergic to rights," he observes.

Identifying and building on areas of consensus among a pool of states that are not dominated by xenophobic dynamics can help strengthen the global architecture of human rights as political dynamics shift. It's a step in the right direction for our world on the move.

By Claudia Ro and Megan DeMint for Global Cornell 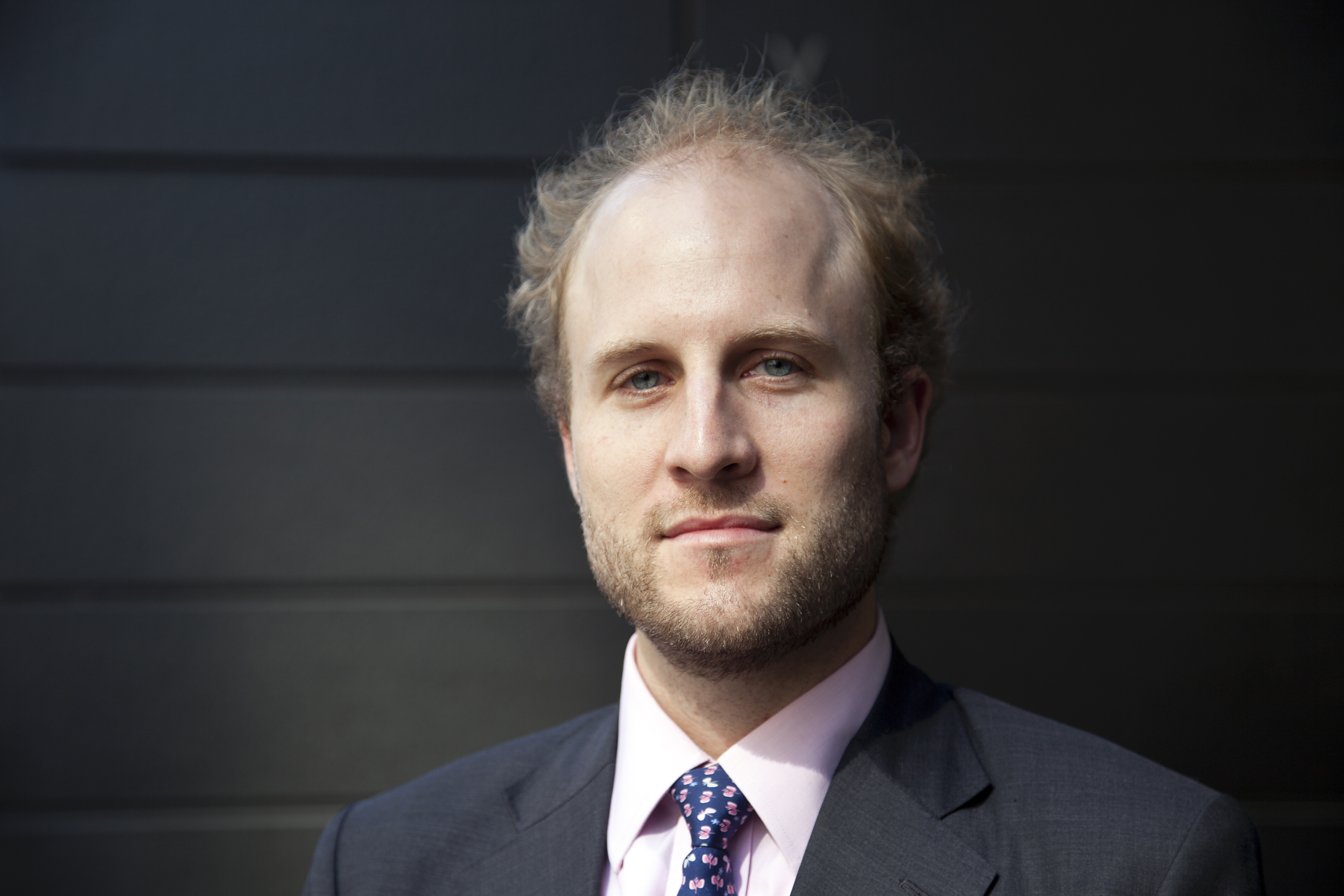 Kysel’s research interests lie in public and private international law, including international migration and human rights law, constitutional law, civil rights/civil liberties law, U.S. immigration law, and property law. His recent scholarship has focused on children’s rights and the rights of migrants. Kysel has published in the Georgetown Journal of International Law, New York University Journal of Law & Social Change, International Migration, and Journal on Migration and Human Security. He has written several human rights reports; his opinion articles have appeared in the New York Times and the Washington Post.

Kysel has argued or participated in litigation before immigration, federal and state courts, and international tribunals. He has provided testimony to various legislative bodies and executive or international commissions. He currently sits on the advisory committee of Human Rights Watch’s Children’s Rights Division and is a co-organizer of the ACLU’s national Youth Justice Network.