“The study of migrations in the contemporary world is central to my research,” says Shannon Gleeson. She is an interdisciplinary social scientist, in conversation with migration debates across disciplines—ranging from sociology to law and society, Latin American and Latinx studies, and industrial and labor relations.

“I’m interested especially in inequality at the workplace, and the ways that vulnerable workers—including migrants—navigate power at work, as individuals and collectives,” she says. “The current state of inequality, which affords some groups rights while criminalizing others, is rooted in a long history of racism, xenophobia, and misogyny. In my work, I seek to understand how these dynamic immigration policies and worker protections came to be, and what are the factors that ensure that they are implemented or disregarded.”

“I’m interested especially in ... the ways that vulnerable workers—including migrants—navigate power at work, as individuals and collectives.”

For Gleeson, the Migrations global grand challenge is innovative in putting the movement of different species, capital, ideology, and forms of power in conversation with each other.

“The success of this initiative takes a delicate balance. The goal is not, for example, to suggest a false equivalency between bird migration and the flow of refugees,” she explains. “Instead, the aim is to put different researchers across the life sciences, humanities, and social sciences in conversation with each other to better understand the systems that spur migration, attempt to regulate it, and to what effect, and to whose benefit.”

“To work, this conversation must include expertise from a broad set of disciplinary approaches, with equal respect and deference to each," Gleeson says. "Direct collaboration need not always necessarily be the goal, but we must talk to each other to understand, for example, the full impact of border militarization here and beyond.”

Gleeson has worked across a range of disciplines in her own research. “The disciplinary spine of my work is sociology and demography,” she says, “but the mix of my colleagues and collaborators has always been interdisciplinary and multi methods. I find utility in being informed by other theoretical traditions and empirical approaches. This helps me understand the storied history of the labor movement with regard to immigrant workers, the lasting effects of decades-long U.S. interventionism that fuel the current exodus of Central American migrants, and the political and demographic forces that drive immigration policymaking at the national, state, and local level in the United States and beyond.”

Gleeson is engaged in various interdisciplinary collaborative projects that touch on these themes.

In her longest-standing collaboration, with Xóchitl Bada, associate professor of Latin American and Latino Studies at the University of Illinois, Chicago, Gleeson is researching the role of the Mexican Consulate in enforcing the rights of their emigrants abroad.

Through interviews with consular officials, U.S. labor standards enforcement agents, and more than 160 civil society groups across the United States and Mexico, the goal is to see how advocates are working to hold both the U.S. and Mexican governments accountable for the rights of migrant workers. The two sociologists also are attuned to differences across place, and are examining how local context shapes the specific challenges facing the local Mexican migrant population, which priorities enforcement officials adopt, which battles advocates take up, and to what effect.

The goal, Gleeson says, is to “spark conversation among interdisciplinary scholars, practitioners, and advocates — and ultimately shine a light on best practices of consular collaborations and the key role that civil society must play in ensuring immigrant labor rights on both sides of the border.

In their recent edited volume, Accountability across Borders: Migrant Rights in North America (University of Texas Press, 2019), Bada and Gleeson dive into these conversations with an interdisciplinary set of authors across the United States, Mexico, and Canada.

Their goal is to better understand how the localities are implementing DACA, and how that policy implementation is shaped by the characteristics of each community.

"We conducted 300+ interviews (some in Spanish) to better understand how place matters for the local implementation of immigration law—a federal prerogative in the United States,” Gleeson says.

Their study engages three main stakeholder groups in each location: elected and appointed government officials, civil society, and individuals who applied for and benefited from the DACA program.

“All of this work was undertaken during a time of changing political climate and immigration regulations,” Gleeson adds. She and de Graauw have completed data collection and are now synthesizing data analysis for publication.

In another project, Gleeson is working with Kati Griffith, associate professor of labor and employment law, Cornell University School of Industrial and Labor Relations. With support from the Russell Sage Foundation, they are examining the effects of immigration status — for legal permanent residents, undocumented immigrants, and those with temporary protected status—on migrant workers in the New York City region.

“We are looking at how immigrants think about their rights at work and how immigrant status impacts their ability to make claims on those rights,” says Gleeson. “This project is a way to understand how inequality functions in the current moment. Immigration is a lens that helps me discern the role of the state, both in creating greater equity and in creating greater forms of division and inequality.”

One thing they find, Gleeson explains, is that workers with Temporary Protected Status face a unique set of challenges. “Despite having work authorization and protection from deportation, immigration enforcement at the workplace and the complex TPS bureaucracy make it difficult for them to get and keep a job.”

Over the years, Gleeson has come to understand that the study of migration cannot happen in a vacuum from other aspects of peoples’ lives.

She recalls a routine interview 15 years ago in the midst of her dissertation work, which included interviews with migrant back-of-house restaurant workers in California and Texas. She met up with a dishwasher, and the two discussed the man’s workplace experiences — fair wages, overtime pay, safety issues. This was a difficult conversation — because of his undocumented status, the questions were both hard for her to ask him, and hard for him to answer.

In the process of trying to document details about his work, this respondent — a migrant, a worker, a renter, a diabetes patient, a father to his daughter who was playing nearby — revealed a lot more about his life.

“You can’t isolate labor issues from the broader context of life—you can’t analyze just one covariate ...”

“I learned about the multiple forms of precarity he faced,” Gleeson says, listing the details he told her about: the abscess in his leg that made standing all day at his job difficult, his inability to get healthcare for himself or his family, the unbearable Houston summers inside his non-air-conditioned apartment.

“I realized from that interview that you can’t isolate labor issues from the broader context of life,” she says, “that you can’t analyze just one covariate — even though, as scholarly researchers, we try.”

Gleeson says that she often thinks about that man and his daughter now and wonders how their lives have unfolded and how they have navigated the various challenges in their lives.“Immigrant status is like a canary in a coal mine,” she says. “It forces us to think about the other precarities that will affect individual immigrants and immigrants at large.”

Given that the U.S. workforce is nearly 18 percent foreign-born and five percent undocumented, Gleeson says, the ways in which we think about and understand these issues is critical.

“Like humans, practices of the state and practices of civil society also can cross borders. And how policy is implemented—in punitive or rights-based ways—affects the well-being of individuals on the ground,” she says. “That means we must consider the dynamic between immigrant rights on the books and how that plays out in practice, especially for the most vulnerable groups—migrants, racial minorities, women, and others.

“The people who agree to participate in her research are often struggling with a range of challenges, Gleeson says, “but they are also agentic—executing survival strategies and thriving. ”Throughout her work, Gleeson and her collaborators also have learned a great deal about how to gain access to communities and the best ways to partner with gatekeepers. This requires, she explains, “money, language capacity, cultural brokerage, and time to gain each other’s respect and trust.” But also, she adds, “it requires the humility of knowing that not all communities will want to participate in our research, and that is valid.”

“The Migrations global grand challenge asks us to think in expansive ways.”

Gleeson is optimistic about the potential long-term impact of the research she conducts, but she notes that change takes both action and ongoing reflection.

“What I am hoping is that we can illuminate a series of important questions for broader public debate — within the academy and with students,” she says. However, she cautions linking all of academic inquiry to the policy debate of the day or hour. “The more you tether yourself to the here and now of policy, the more you limit yourself from the long shadow of history and transformative thinking about the future. It is a critical balance, but also the purview and responsibility of academic inquiry.”

For her research to be meaningful, she says, approaches that are interdisciplinary, multiscalar, and multitemporal are crucial.

“The Migrations global grand challenge asks us to think in expansive ways,” Gleeson says. “We need to question and analyze human migration and consider what infringes on peoples' right to stay home, or their rights to make a safe life elsewhere. We need to engage in research and pedagogy that asks what it takes to realize changes on the ground—and who will bear the costs and benefits of these changes.”

by Jeri Wall for Global Cornell 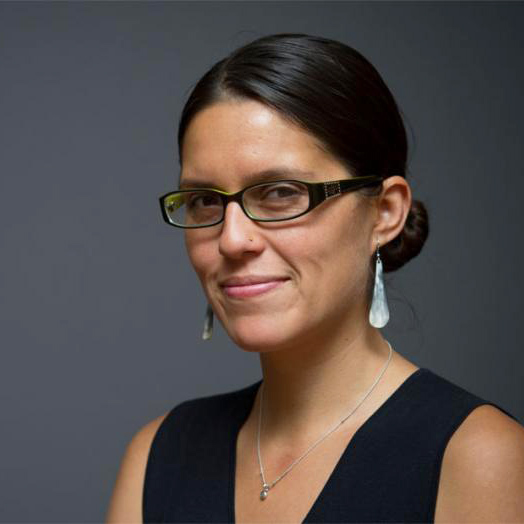 Shannon Gleeson (PhD, University of California, Berkeley) is an associate professor of labor relations, law, and history in the School of Industrial and Labor Relations at Cornell University. She also is a co-chair of the Migrations Taskforce.

Gleeson's most recent books include Accountability Across Borders: Migrant Rights in North America, with Xóchitl Bada (University of Texas Press, 2019); Citizenship from Below: Precarity, Migration, and Agency, with Marcel Paret (Routledge, 2017); Precarious Claims: The Promise and Failure of Workplace Protections in the United States (University of California Press, 2016). She also has authored numerous journal articles.