Following decades of research in the Philippines, Migrations lab member Lindy Williams, professor of global development, has witnessed the effects on public safety in two cities in the provinces of Luzon and Bulacan .

In a November 2020 article in the International Journal of Disaster Risk Reduction, Williams and her colleagues profile these coastal communities as they face the risks and consequences of frequent flooding.“Many people say that climate migration is down the road. We wanted to see if that was true in these communities and how people were thinking about it,” says Williams.

She and her team collected data over the course of two years, engaging with a range of community members including local residents, government officials, flood evacuation workers, and health workers. Each stakeholder offered a different perspective, allowing Williams and her team to dig deeper into the history and experiences of the communities.

The researchers found that government officials and residents generally agree about the serious problems the towns face. “They gave quite consistent answers,” says Williams.

Despite these problems, “climate-driven migration is not yet widespread,” Williams said. “It is on a lot of people’s minds, but is not currently the main risk mitigation strategy they are trying to engage."

Ties to family and friends and community familiarity continue to motivate most people to stay. In the recent article, Williams writes, “Most focus group participants had a strong sense of place and occupational attachment, and said that if they had the money they would prefer to use it to elevate or otherwise modify their current homes than to move away.”

Staying often involved demanding adaptions, such as changing livelihoods, taking on extensive infrastructure projects to elevate homes, and relying on both the government and peers in the community for aid. Through installations of flood gates, walls to block water, and drainage system cleaning, members of both communities worked to remain in place amid evolving risk.

Thus far, retreat has not been managed in a systematic way.

People who did opt to migrate to safer localities often left suddenly—and only when climate impacts grew to an intolerable level. “Thus far, retreat has not been managed in a systematic way,” Williams said. During field visits, she and her team were shown abandoned housing in standing water that still held ruined belongings.

One set of families who had been at heightened risk of flooding due to their proximity to the river had been relocated to other communities that could offer housing and employment. During her next visit to the field, however, Williams learned that most of the families had moved back.

Primary among the reasons cited for their return moves was missing the home community. This raises a new set of questions about the complex factors that influence migration, as well as about potential conflicts within neighborhoods that accept climate migrants. Williams’s ongoing research is urgently needed, as other research suggests that the Philippines is expected to experience a five- to tenfold increase in the number of people living below the projected high-tide line.

Conversations with participants show that reluctance to move is linked to complex social, political, and economic realities. Community members mentioned not having enough money, not having the capacity to move, or being unsure about where they would live.

As often happens with migration patterns, said Williams, people who have resources fare better. They can leave and have other places to go. If they stay, those who have sufficient financial resources can build second stories on their homes, add layers to their ground-level flooring, or make other home modifications. Those with limited means, however, are often unable to make even minor modifications to their homes that could reduce their exposure to flooding events.

As one research participant noted: “If the person has money, then he will raise his house up. If you don’t have the money, then you have to suck it up and deal with what you have.”

“Those who made good money left the community,” said another. “They moved to another place.”

The people that remain in place face onset rising sea levels and minor flood occurrences, in addition to more intense flooding events and disaster. Unsurprisingly, the poorest people are often most adversely affected, according to Williams.

During more intense flooding events, authorities often call for local residents to evacuate. However, many people reported resistance to evacuation because they fear that their homes might be looted. Some families evacuate but leave behind one member who keeps an eye on the home and belongings.

Evacuation has likely become even more complicated in recent months, according to Williams’s article, with the “2019 novel coronavirus raising new questions regarding the costs and benefits of taking shelter in crowded evacuation centers.”

The coronavirus is raising new questions regarding the costs and benefits of taking shelter in crowded evacuation centers.

When the pandemic hit, the researchers decided to include questions on COVID-19 in a survey that was about to go out as a way to gauge how perceptions of flood risks and pandemic risks relate to one another and how they each shape behavioral responses.

In a new 750-household questionnaire, questions about flooding and the pandemic examine how people assess risk and respond to it. The team also collected demographic data, as well as information on preferred news sources and political affiliation, to allow them to understand any correlation between these factors and perceptions of risk and associated behavior.

In preliminary research, the team has identified a number of reasons for low uptake of flood insurance. They are now hoping to contribute further to knowledge about flood risk, risk perception, and adaptive measures taken along the Hudson in New York State, and eventually beyond.

By Megan DeMint for Global Cornell 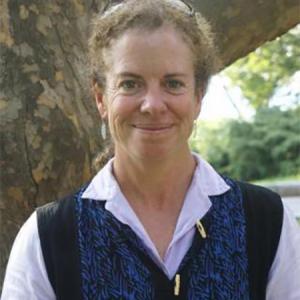 Lindy Williams is a professor of global development at Cornell University and a member of the Cornell Migrations lab. She conducts research primarily in Southeast Asia and North America, with interests in the areas of family sociology and population studies and the importance of changing social, economic, and environmental conditions in relation to both.

Williams received her doctorate in sociology from Brown University in 1987. Her early research focused on reproductive health and family dynamics in Southeast Asia and the United States. She joined Cornell in 1993. Her recent collaborative work has focused mainly on migration: labor migration systems in Thailand, effects of overseas labor migration on families from the Philippines, and uneven returns to migration for those with and without citizenship. Her current research examines exposure to coastal flooding in the Philippines and adaptation to that risk. She is also working with a team of researchers assessing flood risk and adaption in Upstate New York.